After that day in Washington we were all excited to go to the amusementpark SixFlags America in Marryland. So we packed our stuff had breakfast and then left heading for Six Flags park. We arrived at the parkt at about ten, right when the park opens. But we couldnt go in quite yet, then Kirstin had to go and get the tickets. So we waited there about 20 painful minutes, because we wanted to go in, for Kirstin to give us the tickets. Then we got them and went in. In the park we splitt up into groups so we could all enjoy the rides that we were most comftable with. For example there was a Standupcoaster called Apocalipse, wich was pretty good. An other realy good ride was the Jokers Jix, a ride where the train accelerates out of the station, and feautures 4 inversions. The highest ride of the park is Superman, Man of steel, a rollercoaster with a height of 208ft (63m) and topspeed at 73mph (117kmh). The probably craziest coaster of the park is the Batwing. It is a special rollercoaster, because the passengers are laying at the start. After the lifthill there is a lie to flie element, where the passengers go from laying to hanging down. It is a really scary roallercoaster.

In the morning there werent many people in the park, so we could do a lot of rides without waiting in the lines. But around noon the park started to fill up and the lines became longer and longer. So a lot of the groups decided to go to the waterpark that is cotigious to the amusementpark. It was really crowded in the waterpark, because it was a really hot day. They hat a lot of different things, so for example a huge wavepool and several raftslides. And then six o'clock came closer and we sadly had to leave the park.

Then we drove to Baltimore, where we stayed in over night in a hotel. The day was awesome, we all loved it. 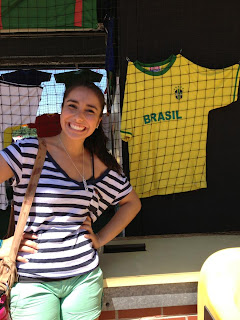 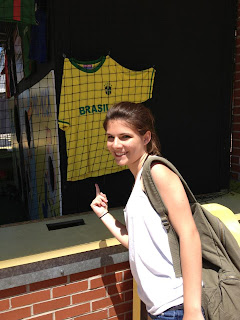 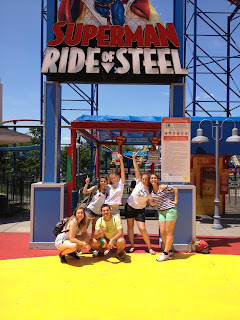 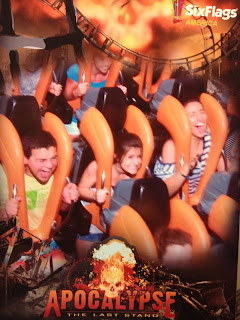 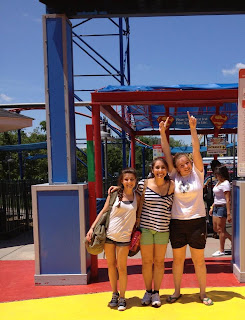 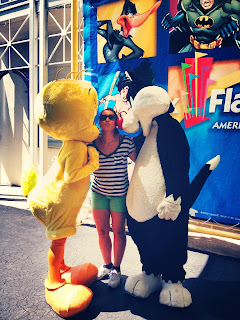 After the exiting day at SixFlags, we had a less exciting day. In the morning we drove to Baltimore to visit Fort McHenry, tha was the birthplace of the Star-Spangeled Banner.

After arriving there we watched a short movie, where we learnt about the legacy of Ft McHenry. After the interesting movie, we went to the Fort, where we all helped to raise the 30ft by 42ft flag which simbolized the defeat of the British at Ft McHenry in 18??.

After that we could walk around and take a look at the cannons that were stationed around the fort. It was verry interesting and beautiful, then the from the fort we had a great view over the ocean and the city Baltimore.

After visiting Ft McHenry the bus took us to the harbor of Baltimore, where we had lunch and then some freetime to go shopping. At about 2 we got back on the bus to complete the 7h drive to the Niagara Falls. On the bus we watched movies and a lot of people slept during the busride; we were really bored. In the evening we had lunch at a Fridays in Buffalo, NY which is close to the Niagra Falls. After that day we were all glad to arrive at our destination and went to bed early.
Dominic Hagmann
Posted by Terra Brasil at 6:47 AM